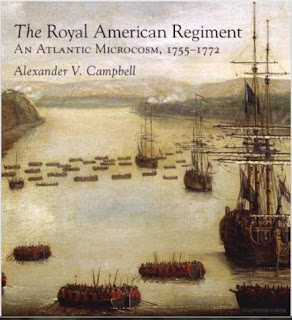 THE ROYAL AMERICAN REGIMENT: An Atlantic Microcosm, 1755-1772, Alexander V. Campbell, University of Oklahoma Press, Norman, 2010, 356 pages, $34.95.
Alexander V. Campbell has taken his Ph.D. dissertation on the British 60th, or Royal American, Regiment of Foot, and converted it into a readable and intriguing account of this polyglot unit, which contributed in a number of ways to the French and Indian War, and the development of a true Atlantic community in the pre- American Revolution period.
Unlike the classical regimental history, which recounts only campaigns and battles, The Royal American Regiment: An Atlantic Microcosm, 1755-1772, demonstrates how the Royal American Regiment, its officers and men, impacted the wider economic, social, and political fabric of the British North American Empire from 1755 to 1772. Campbell researched private papers and family archives of many of the Regiment's officers and interweaves these sources into a stylistically readable tale.
Although not explicitly noted in the book, the actions and activities of the Royal American Regiment show the remarkable infl uence of Swiss foreign officers employed by the British Crown on the development of North American history. While James Prevost, Frederick Haldimand, and Henry Bouquet are the most known, a host of Swiss subalterns also rises out of the pages. … 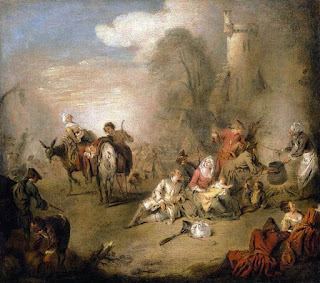 Jean-Baptiste Pater - Soldiers and Camp Followers Resting from a March 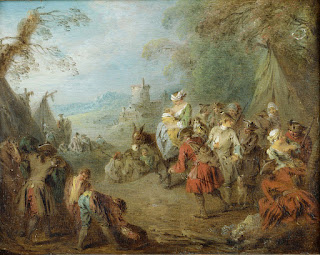 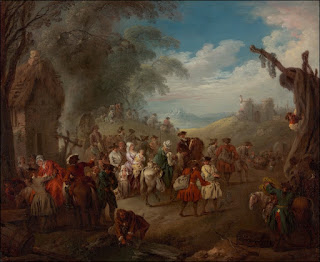 Abstract
During the Seven Years’ War, many soldiers’ wives and
female camp followers contributed to the British war effort in
numerous ways and did so in the face of great oppression. Using
the themes of labour, conditions and dangers, sexual and domestic
life, illicit activities, and discipline and punishment, 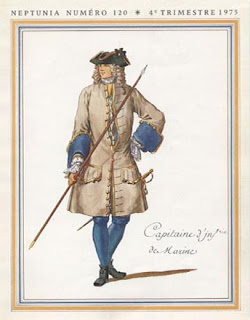 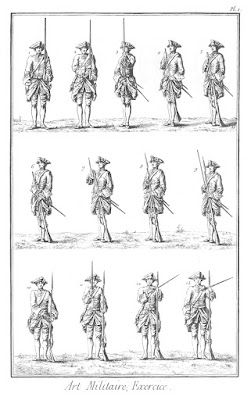 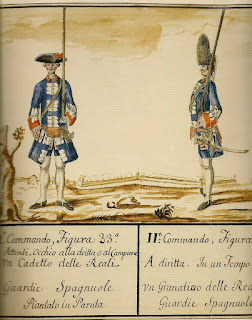 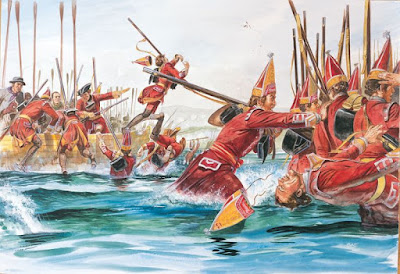 I have been posting some SYW stuff on my Wars of Louis Quatorze blog - in particular British amphibious operations which also might interest readers of thisn blog. The image above is from the Osprey Quebec 1759
- October 19, 2015 No comments: 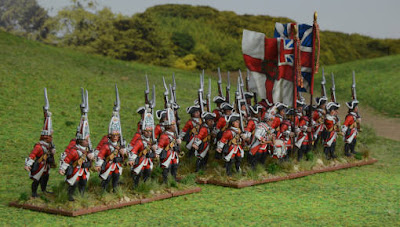 Webpage here
This is a good addition to what's usable for the Seven Years War
- October 17, 2015 No comments:

The 250th Anniversary of the Surrender of Fort de Chartres

Email ThisBlogThis!Share to TwitterShare to FacebookShare to Pinterest
Labels: War of 1812, wargames 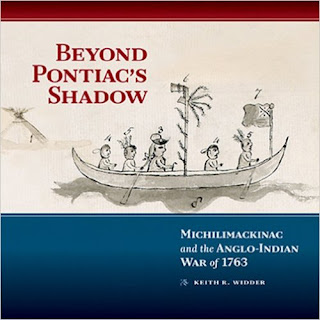 Michilimackinac and the Anglo-Indian War of 1763
Keith R. Widder

On June 2, 1763, the Ojibwe captured Michigan’s Fort Michilimackinac from the British. Ojibwe warriors from villages on Mackinac Island and along the Cheboygan River had surprised the unsuspecting garrison while playing a game of baggatiway. On the heels of the capture, Odawa from nearby L’Arbre Croche arrived to rescue British prisoners, setting into motion a complicated series of negotiations among Ojibwe, Odawa, and Menominee and other Indians from Wisconsin. Because nearly all Native people in the Michilimackinac borderland had allied themselves with the British before the attack, they refused to join the Michilimackinac Ojibwe in their effort to oust the British from the upper country; the turmoil effectively halted the fur trade. Beyond Pontiac’s Shadow examines the circumstances leading up to the attack and the course of events in the aftermath that resulted in the regarrisoning of the fort and the restoration of the fur trade. At the heart of this discussion is an analysis of French-Canadian and Indian communities at the Straits of Mackinac and throughout the pays d’en haut. An accessible guide to this important period in Michigan, American, and Canadian history, Beyond Pontiac’s Shadow sheds invaluable light on a political and cultural crisis.

Constructing the French Forts of the Ohio Country 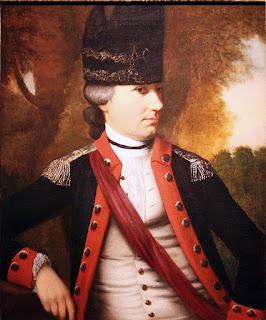 The Capture of Havana

Dominic Serres the Elder - The Capture of Havana, 1762, Taking the Town, 14 August 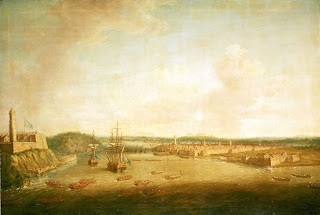 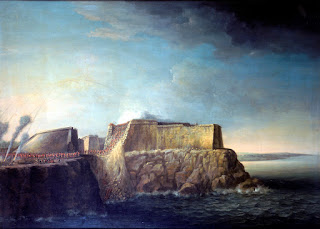 Anniversary today of the battle that saw the defeat and death of Tecumseh. Wiki here
Watch the video of the 200th cclebrations in 2013

Today is the anniversary of this Revwar battle.
- October 04, 2015 No comments: 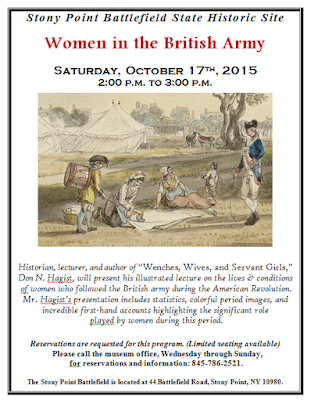