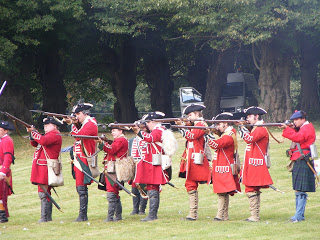 Blogpiece on the event at Westerham Kent to celebrate the 250th anniversary in 2009. The organiser got a phone call from Canada asking them to not do it. They ignored him. Patrick said on my Seven Years war Facebook page said 'I was there,
It's absolutely correct that the late great Colin Spicer received a phone call from Canada demanding we curtail the planned activities, and how dare we!!!
I think he was in the queue in the chippy at the time'
The beginning of the over-sensitivity that has seen reenactments cancelled perhaps.
- September 15, 2017 No comments:

Sir William Johnson saving the life of a French officer 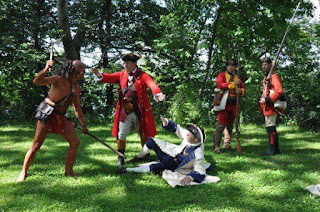 Photo by Geoff Harding and thanks to Timothy for bringing it to my attention. Based on the famous Benjamin West painting but you knew that. Was done at Old Fort Niagara for the 250th. Excellent!
- September 13, 2017 No comments:

Battle of the Plains of Abraham 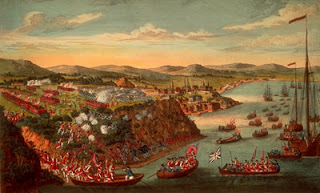 Today is the anniversary of this decisive battle.
- September 13, 2017 No comments: 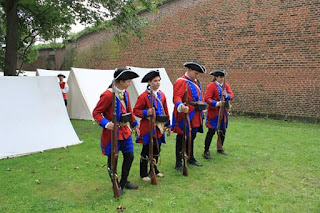 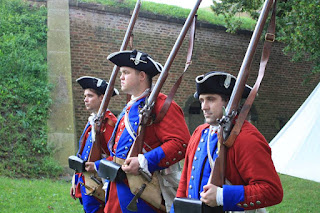 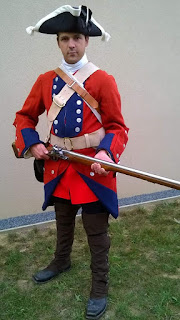 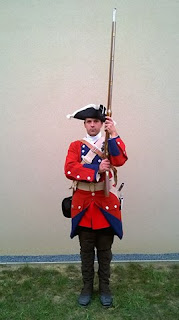 New in France by Patrick Prugne 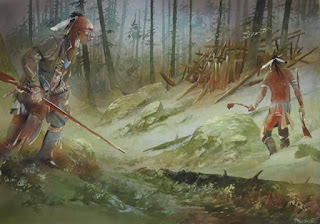 
Ralph Mitchard and J H Northrop (from the USA) interviewed about the French and Indian war event at the American Museum Bath UK on Radio Bristol. It was a successful event that created many follow ups in the woods and hills of Claverton
- September 09, 2017 No comments: