The Battle of Bloody Run was fought during Pontiac's Rebellion on July 31, 1763 on what now is the site of Elmwood Cemetery. In an attempt to break Pontiac's siege of Fort Detroit, about 250 British troops attempted to make a surprise attack on Pontiac's encampment.
Pontiac was ready and waiting, possibly alerted by French settlers, and defeated the British at Parent's Creek two miles (3 km) east of the fort. However, he did not accomplish the destruction of this British force which would have greatly demoralized the British and dissuaded more British efforts to break the Indian siege of Fort Detroit. The creek, or run, was said to have run red with the blood of the 20 dead and 34 wounded British soldiers and was henceforth known as Bloody Run. The attack's commander, Captain James Dalyell, was one of those killed. After learning of Dalyell's death, General Jeffrey Amherst offered a £200 bounty to anyone who would kill Pontiac.
The famous frontiersman Robert Rogers was one of the British commanders in this battle.
- July 31, 2018 No comments:

ANNOUNCING A MAJOR NEW BOOK ON THE RANGERS OF THE FRENCH AND INDIAN WAR 1754-1764
From Canada to Georgia By Gary Zaboly and Timothy J. Todish Illustrated by Gary Zaboly ______________________________________________________
The earlier collaboration of Timothy J. Todish and Gary Zaboly, THE ANNOTATED AND ILLUSTRATED JOURNALS OF MAJOR ROBERT ROGERS, published in 2002, remains in print. This new book will go much farther afield and cover not only Rogers' companies, but the British-allied rangers of every colony, as well as those of Canada's Maritime provinces. The concurrent conflicts with the Cherokees and the Indians of the Pontiac rising will also be included. Many long-neglected ranger battalions and companies, such as the mounted troops of South Carolina and Georgia, and rangers elsewhere in the South, Middle Colonies, and the North, will receive equal attention, much of the narrative drawn from fresh research and heretofore unpublished documents. Many of these units will be illustrated for the first time. Other parts of the book will deal with the provincial and regular troops who served in the wilderness on ranger-like duty, and the Native Americans who also scouted and fought alongside their white counterparts. There will also be an Appendix on ranger woodcraft, survival and fighting techniques, methods of building shelters in the forest, food eaten on the trail, weapons, clothing, concealment, and many other related subjects.
Be a part of this Project. If you are interested, please Facebook-Message Gary Zaboly or Timothy J. Todish, or email me at garyzaboly@aol.com, and I will email you a Prospectus fully describing it, and how you can play a role.

Facebook here
They say
French Skirmishers for the FIW, most will be usable for the continental conflict, too. They will be the start of a new 28mm skirmish/character range… the first ones (as shown) are already on the way to the caster, second wave is already sculpted.
- July 31, 2018 1 comment: 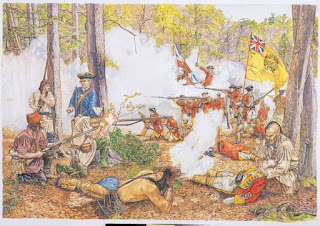 Today is the anniversary of Montcalm's great victory. Wiki 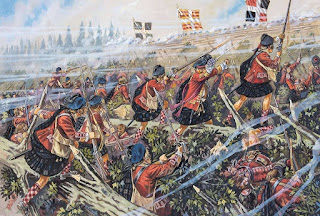 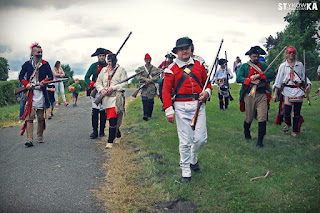 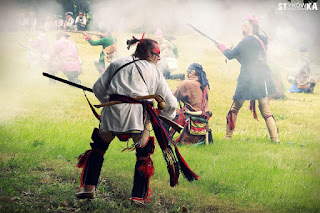 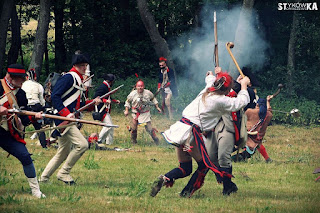 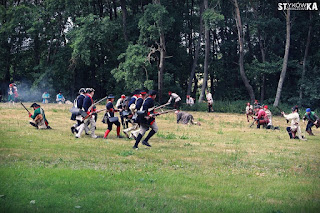 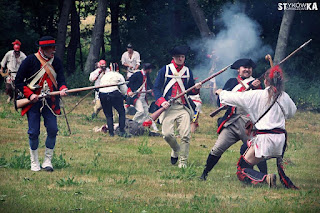 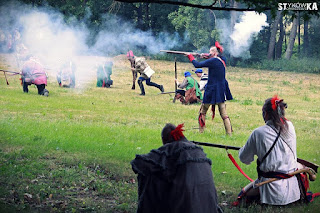 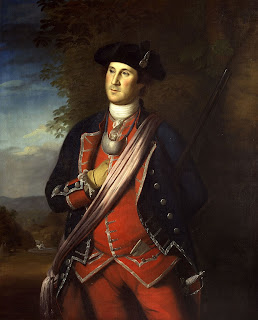 Completed between 1764 and 1768 this picture is usually ascribed as General Johnson Saving a Wounded French Officer from the Tomahawk of a... 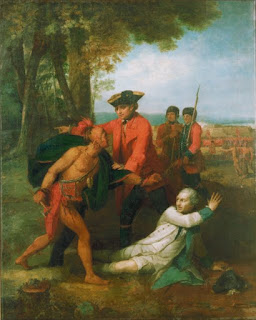