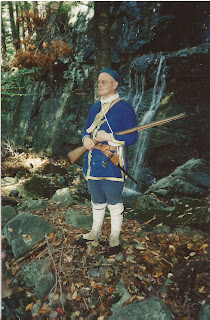 I don't know much about Rangers as I was involved on the French side when I was reenacting. Here's me at the Lake George tactical as a Compagnies franches de la Marine officer.
- March 30, 2019 No comments:

The Annotated and Illustrated Journals of Major Robert Rogers, edited by Tim J. Todish and illustrated and articles by Gary Zaboly.

Rangers by Gerry Embleton in the 74 edition of Wolfe's Army 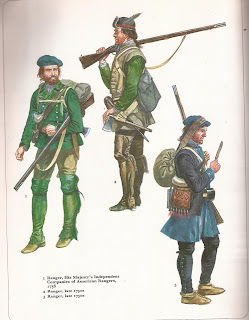 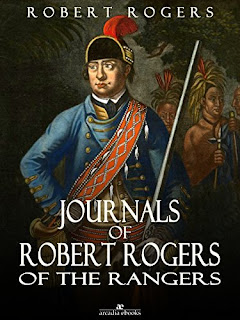 . 'The thrilling true account of a famous woodsman, scout & guerilla leader during the formative years of the American Nation' In the evocative pages of Rogers own journal we are taken through a landscape of dark untrodden forest where danger from hostile Indians and the French Army threaten every step. Famous exploits of guerilla warfare are graphically told, including battles and ambushes on America's lakes, the devastating 'Fight on Snowshoes' and the raid against the Abanakee's village at St, Francis, recounted across time by Rogers himself.
- March 29, 2019 No comments: 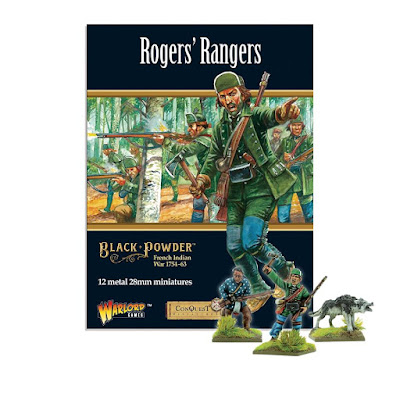 Today is the anniversary of this battle from 1814.  Gary Zaboly mentioned this book on his Facebook page - I have not read it but it looks worth tracking down. 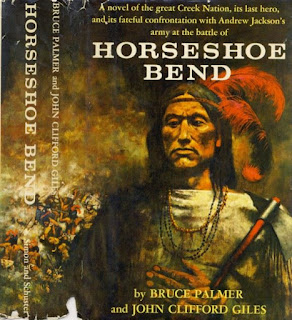 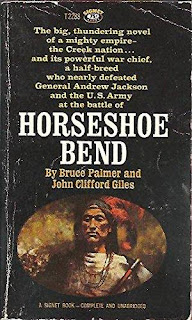 Email ThisBlogThis!Share to TwitterShare to FacebookShare to Pinterest
Labels: fiction, War of 1812 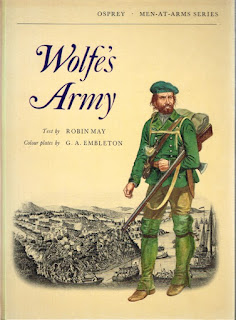 This was the first book I had on the American theatre of the Seven Years War. A real eye opener. Revised in the late 90ss but this edition has sentimental connections to my youth. 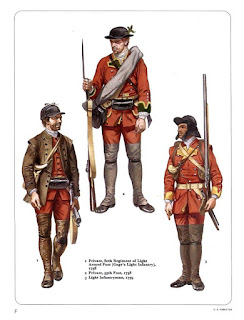 Armies in Plastic - French and Indian Wars - an appreciation

Have you ever made a pact with yourself - 'if anyone produces X in Y scale I am buying them'? I was like that for plastic 1/32 French and Indian war. I would have bought them anyway as I supported the concept. But are they any good?
https://armiesinplastic.com/french-indian-war.html
There is basically four sets. Rogers Rangers and two sets of Northeastern Woodland Indians. These are based on John Jenkins designs' originals. There is also French regulars. These are not so good but acceptable and they kind of look the part. French were adapted and developed from original figures produced by Frontline Figures. 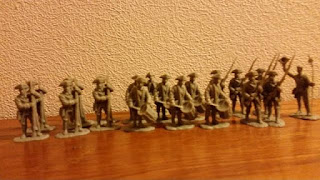 Of these 4 sets the Woodland Indians are the most useful. 18 Action Figures - 6 poses in each set. Can equally be used with American Revolution, Pontiac, or frontier settler type scenarios.  Well sculpted in believable poses they seem historically accurate from what I know and what more could one ask for? No bow armed warriors sadly but other than that top marks. Obviously these could be used on either side as loyal Mohawk or perfidious Hurons.
The Rangers are the last ones I bought and very good they are too. I don't know much about Rangers but they look good - not Northwest Passage Rangers but proper ones with scots bonnets. 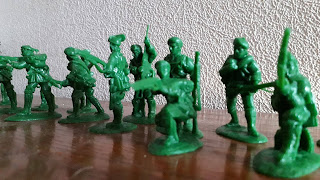 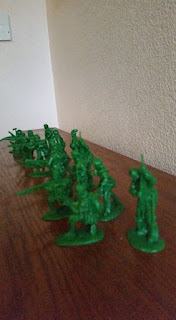 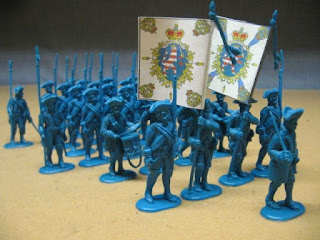 In 1/32 scale the most popular 18th century period is the American Revolution. So naturally Seven years war figures get co-opted to become Hessians. They do the job very well. These are from the collection of Scott Lesch.
- March 14, 2019 1 comment: 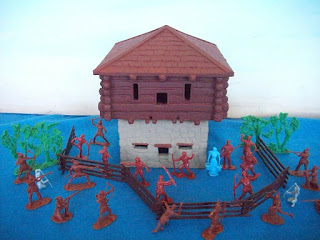 Looking around for useful bits and I discovered this - about 5 years too late. Seems to have been discontinued. CTS webpage. Still do the Mohawks though. 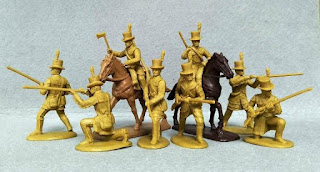 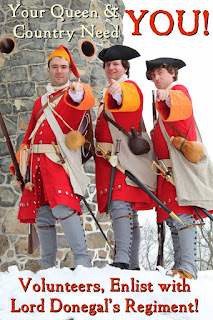 Queen Anne's War (1702–1713) was the second in a series of French and Indian Wars fought in England's Thirteen American Colonies; in Europe, it is viewed as the North American theater of the War of the Spanish Succession.
- March 13, 2019 No comments: 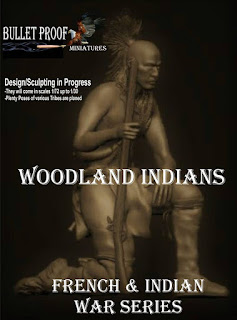 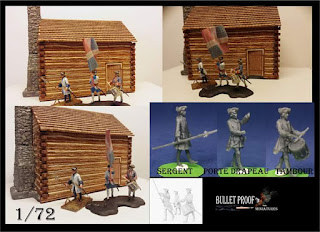 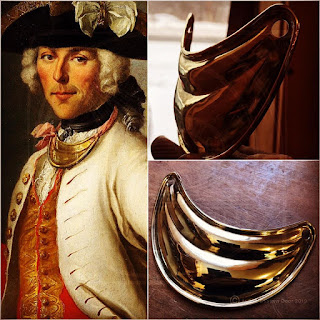 For many years there had been a call to reproduce a correct pre-1767 pattern French gorget. After some consideration, research, and development, they are now a reality. These will be produced exclusively in gilt brass just like the originals and available by individual order.
At the Eastern Door Facebook
At the Eastern door webpage
- March 09, 2019 No comments: