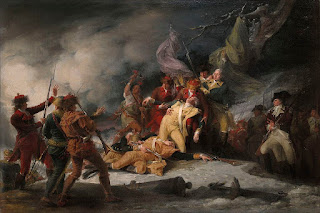 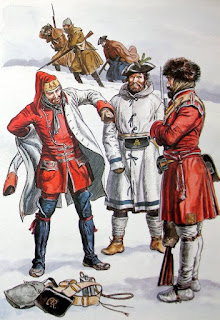 Painting these figures by Armies in Plastic. I am not a great painter I admit.
- December 14, 2020 4 comments: 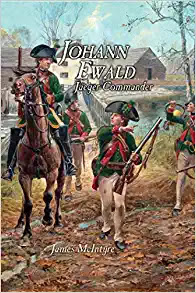 Johann Ewald began as a commoner in one of the states of the Holy Roman Empire who rose above the constraints of his time. As a soldier he fought in all of the great conflict of the latter eighteenth century, the Seven Years’ War, the American War of Independence and the Napoleonic Wars. He keenly recorded his observations of both the people he met and places he encountered throughout these adventures. Through all of his experiences, he remained a soldiers’ soldier. Due to his observations on the conduct of irregular warfare in his time, he has become on the most important authorities on eighteenth century small-unit tactics. His writings provide a unique insight on the major events of the later eighteenth and early nineteenth centuries. Johann von Ewald stood as one of the most accomplished practitioners of irregular warfare in the eighteenth century. Beginning his military career in the Seven Years’ War, and continuing through the American War of Independence, he amassed a vast wealth of experience leading troops in the art of irregular warfare or petite guerre. He later wrote several works based on his experiences, and at least one of these received the favorable comment of Frederick the Great, the warrior King of Prussia. In addition, Ewald composed for the members of his family a diary of his experiences in the American War of Independence. Later on, he served in the Danish Army during the French Revolutionary and Napoleonic Wars.  Among all but a small group of dedicated scholars of the American War of Independence, however, Johann von Ewald has vanished into obscurity. There are no other English language biographies of Ewald, and only a few articles in German that date to the nineteenth century. It is the purpose of this work to rescue him from oblivion.Telling Ewald’s story, therefore, tells much of the story of warfare in the second half of the eighteenth century. Instead of focusing on the great battles, however, Ewald’s biography focuses on the conduct of irregular operations: raids, ambushes and the like. Ewald allows readers a view into this often neglected dimension of eighteenth century warfare, and the proposed biography will thoroughly explore the topic through his writings, both his military treatises and his diary of the American War of Independence. 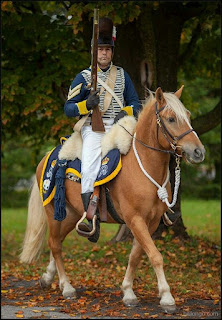 This manufacturer of quality figures has announced its next set - US regular infantry for the War of 1812. There are some test shots on their Facebook page. Should be out in January. Here is what is available in the range at the moment. They are really impressive models. 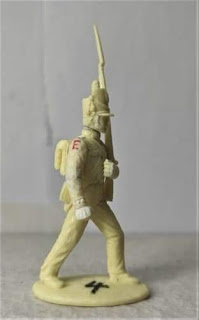 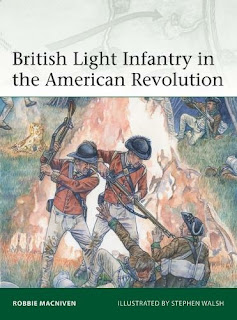 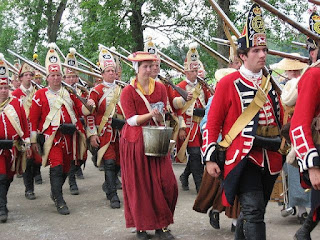