Gary Zaboly found this - never seen it before- all credit to him. 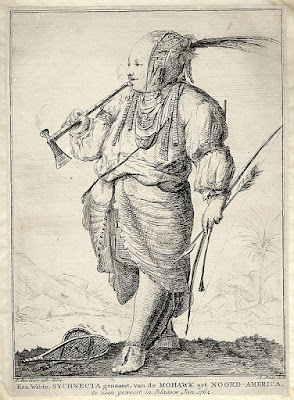 Text from here
'A real Indian comes to call
In the autumn of 1764, a real American Mohawk Indian could be seen at the Blauw Jan Inn. A German living in the Mohawk Valley had joined forced with his neighbours to earn some money in Europe. He reached Amsterdam via England with two Indians. He sold one of them, named Sychnecta, to the manager of the inn who in turn put him on display. Sychnecta was drawn there from life in his traditional costume by the artist Pieter Barbiers. A. Smit made an etching from the drawing. There are few known drawings of 18th century Mohawks, and Barbiers had made one of them, probably without knowing it. Sychnecta returned to the Mohawk Valley in the summer of 1765.'
- May 09, 2016 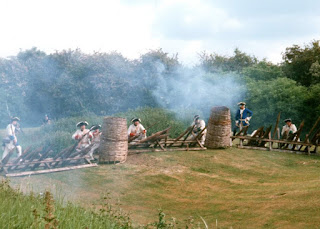