The Saratoga campaign uniform in the Von Germann pictures 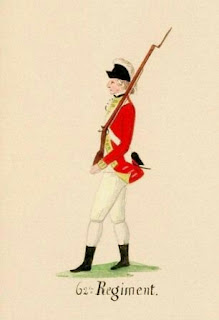 Friedrich von Germann was a captain of a regiment from Hesse-Hanau, one of the many German auxiliary troops hired by George III to fight in the American Revolution. He arrived in Canada in 1775, served in the southern campaigns, and was present at the surrender at Saratoga.
During the war, he painted a series of watercolours of American, British, and German soldiers. The New York Public Library’s drawings are most likely 19th-century copies of von Germann’s watercolors, possibly by the artists E. Sack and Kail (whose names appear on the drawings). They were commissioned by the New York historian William Leete Stone to illustrate a personal copy of his translation of the famous Hessian commander’s writings, “Memoirs, and letters and journals, of Major General Riedesel' from here 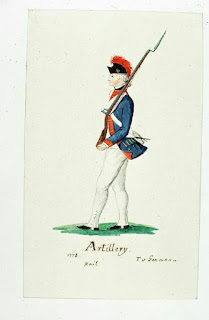 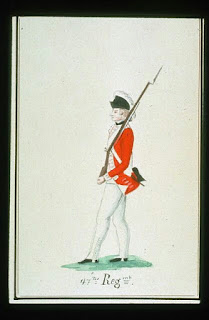 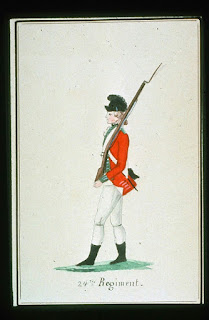 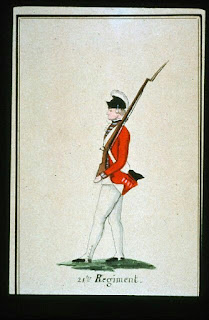