IN MEMORY OF RICHARD ANSELL

I received the metal masters of the last set of sculpts Richard did for me.

One set is General Montcalm both mounted and dismounted - I have decided that all the sales from this set will be given to his widow Coral. It may not be a lot but I feel it is the least I can do and as this was the last personality he sculpted then it would be good if the figures were a recognition of his work. 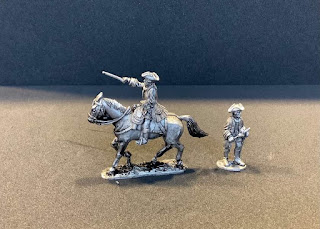